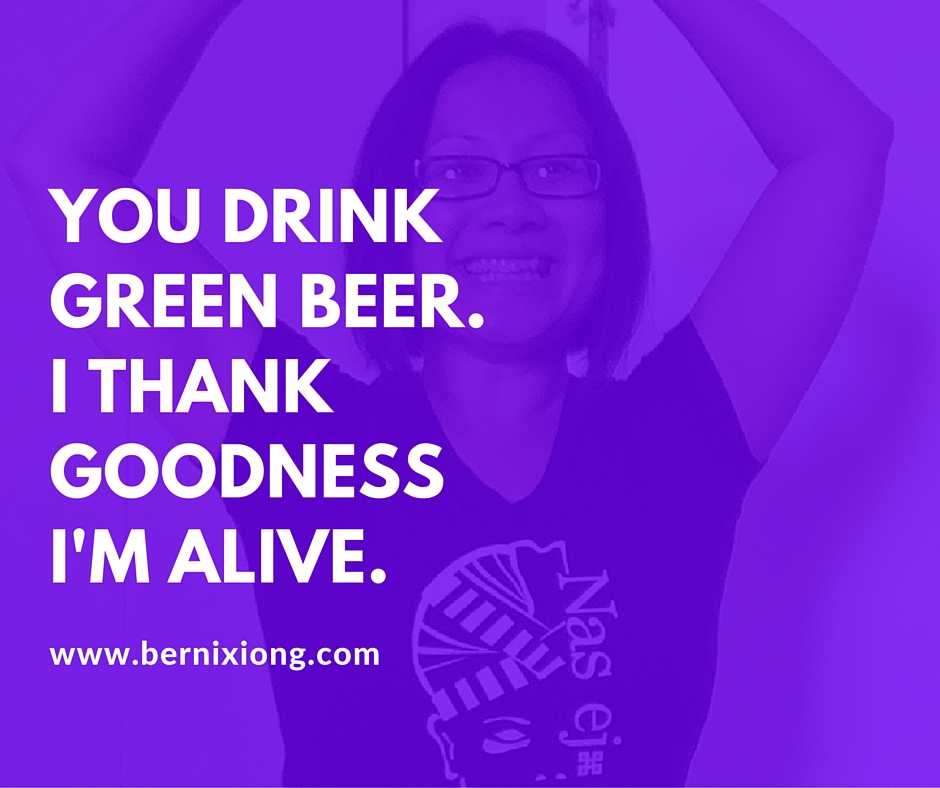 March 17th of every year holds such a symbolic meaning for me.

This special day I celebrate the memories of my Hmong heritage, culture, its people, and the journey my family had to endure, which have all helped to shape me into the person I am today.

On St. Patrick’s Day, 34 years ago, my family arrived in America from the Hmong Refugee camps in Thailand after fleeing from Laos to escape genocide during the end of the CIA’s Secret War in Laos. My dad was only 32 and my mom was only 30.

My mom and dad, both of Hmong descent and born in Laos, were farmers before coming to America. During the Vietnam War, my dad was recruited as a translator to join a guerrilla force led by the Royal Lao Army, which was supported by the U.S. CIA to fight the People’s Army of Vietnam. This is what has come to be known as the Secret War in Laos. I won’t go into great lengths about what occurred because I just couldn’t do the story justice; however, if I have you intrigued, there are a lot of great resources to learn more about the Secret War in Laos and how the Hmong were brought into the controversy and then abandoned by powerful political figures after the communist takeover. Those links have been provided at the end of this blog.

I never knew a lot about the Secret War because it was something that I never really understood and my parents had a difficult time talking about it to us. The stories that my parents shared with me sounded a lot like something out of a fictional book. My dad emotionally recounted, “The Americans told us they would let us know when we were going to leave our country. When they gave us the signal to go, we had to leave everything behind. The only thing we could take with us were your brothers and sisters and the clothes on our backs. We had to get to the river to get on the boat so we could escape to Thailand. If we weren’t quiet, the communists would kill us for supporting the Royal Lao government and the United States. After we made it to Thailand, we were told we could go to America to start a new life since we had to leave everything behind. You are lucky to be alive because hundreds of thousands of Hmong never made it. We were lucky we made it to the boat without drowning, stepping into bottomless pits, or being shot to death.”

Nine months after my family arrived in America, Green Bay, Wisconsin, to be exact, I was born. I often think about this story and find myself being humbled by my parents’ experience. It is unfathomable to even imagine what it must feel like to uproot your entire life and flee a country that you love with nothing but the clothes on your back. On top of that, having to quickly learn a new language, culture and lifestyle that is so foreign to anything you have every known in your life is a challenging feat in itself. This is largely the reason that I have not taken my existence for granted.

March 17th of every year reminds me just how lucky I am to be alive and I am so grateful and proud to be a first generation Hmong-American.

At the end of this year I turn 34. As each day passes and as I grow older, I aspire to live my life with meaning and purpose so that my Hmong ancestors didn’t die in vain. As I encounter countless challenges that will block the path along my journey in life, I can only aspire to overcome adversity with as much poise as my parents exhibited when they were my age fleeing their country to stay alive.

Though the Hmong don’t have a country of origin, a flag, or written record of its history to remind us of our roots, we have a rich nature of being that characterizes Hmong: we strive to do our best, maintain our integrity, and preserve the pieces of our culture and heritage that make us unique. This is an unspoken and innately understood law of being Hmong.