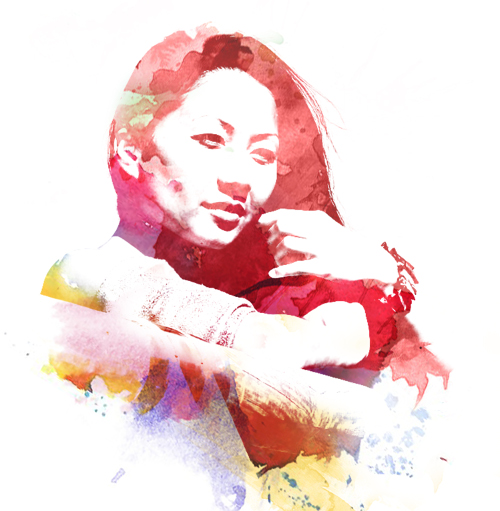 In 2008, I took a leap of faith from my cushy corporate sales job and launched my first entrepreneurial endeavor. I had little cash reserves but a lot of ambition.

As with any major transition, I got sick three weeks into building my new venture. I got hospitalized for a week and was forced to fast during my entire stay. On day seven, I was discharged with a $40,000 medical bill and a $40 prescription to rid of the parasite I had contracted from the hospital bed.

If you’d have said to me, ‘Things happen for a reason,’ I would have told you to take your yoga mat and shove it where the sun don’t shine.

The saying “stress kills” is no joke. Nothing can ever prepare you for epic fails like these.

Times when your back is up against the wall.

For a few days during my downward spiral, I entertained the idea of letting myself wither away to nothing so that my son could collect my life insurance.

When you’re stuck in a funk replaying the I shoulda-woulda-coulda tapes, it’s hard to break through the negative self-talk alone. I thank my lucky stars I surrounded myself with good people. I needed help (A LOT OF IT!) getting out of one of the most debilitating times in my life.

One golden nugget I keep with me every day is something my coach taught me that cold November day in 2008.

Have an attitude of gratitude.

She said, “Take one positive action each day. Undoing the past is impossible. Worrying about the future will keep you feeling paralyzed. Focus on the present, it’s a gift.”

One week into my recovery, I volunteered at a non-profit organization. I needed to get my mind off my first failed business attempt and recent breakup. Serving others in greater need became my saving grace. Doing good work for the sheer sake of the good-doing gave me a greater sense of purpose outside of my own four crumbling walls.

Some call me emotionally resilient for being of service when I was in dire need of help. The truth is, I was looking for any reason to wake up at all each day.

Day by day, my health gradually improved. I had to retrain my body to swallow food, walk, and drive after my muscles had atrophied. I was desperate to rebuild my life, career, and self-esteem. So I got back on the job boards and put my entrepreneurial failure behind me.

Nine months later, the universe tossed another boulder on my plans. I was back in transition once again.

Standing at the crossroads this time around, I realized I had reached another season in my life. For over 12 years, I had chased someone else’s dream thinking I needed more stuff to prove to everyone I had “made it.” But no matter how much stuff I had accumulated or achieved throughout my corporate sales career, nothing money could buy would ever fill the void inside me.

So I chose to follow my heart and trust my intuition.

I began offering pro bono coaching services to support an organically built network of aspiring entrepreneurs and dislocated workers who were feeling hopeless, powerless, and defeated during the recession. Within weeks, workforce development groups and local universities were seeking me out for speaking, training and writing projects.

For the decade that followed, I devoted my life and work to coaching, consulting, and training thousands of people on how to speak up, stand out, and change their corners of the world. Most of that time, I continued to give away much of my work for free.

Then I reached another season in my life and career. I was lonely in my solo business and craved connection.

So I took a hiatus from coaching and consulting. And I joined an entrepreneurial team in the public sector where I ran an integrative health education center for over a year. It was unbelievable! I had manifested my dream job simply by showing up as who I am, expressing what I stand for, and sharing how I wanted to use my gifts and talents to make a positive impact in the world.

Many euphoric beginnings can have an excruciating ending. As was the case for me. It was an invaluable experience, nonetheless. And I left with hundreds of new friendships I had cultivated over that year. More importantly, I grew in so many unexpected ways.

Every time my integrity was challenged, I continued to implement my own strategies and tools to stay true to my core, to be brave even when it was inconvenient, and to remain resilient. And by living and breathing my brave bear ethos as I navigated that chaotic chapter in my life, I somehow reignited the joy and excitement I once had for coaching and consulting. Any doubt I had in my ability to make a difference—to speak up, stand out, and change my world—gone.

The lesson: “You already are enough.” 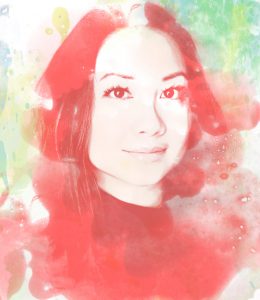 I’ve given talks and interviews on navigating difficult life and career transitions reaching hundreds of thousands of people across the globe.

The first season of my professional career—working with Fortune 500 companies managing six and seven-figure budgets— taught me the importance of being a trusted resource: customers’ needs come first.

I am devoting this season of my career to empower overachieving individuals to prioritize their health and well-being first as they bravely speak up, stand out, and change their corners of the world.

Berni Xiong is the founder of Brave Bear Creative, a coaching and training consultancy that helps emerging intuitives speak up, stand out, and change the world. She is an intuitively-guided creative strategist, coach, ordained minister, speaker, trainer and writer. Berni holds a Master of Arts in Business Administration (MBA) from Cardinal Stritch University where she graduated with distinction and was inducted into Delta mu Delta, a national honor society in business administration.

In addition to her formal education, Berni also received professional training and certifications in several coaching and healing modalities:

Berni is the author of The Year of the Brave Bear: Speak Up. Stand Out. Change Your World.; author and publisher of its paperback companion The Way of the Brave Bear: An Intuitive Guide for Speaking Up, Standing Out and Changing Your World; and a contributing author of Chicken Soup for the Soul: Time to Thrive.

In her spare time, she gives away some of her best stuff for free in The Brave Bear Insider.